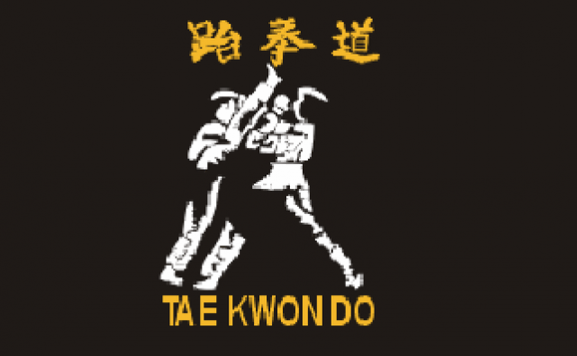 Taekwondo, also transcribed as Taekwon-Do or Tae Kwon Do) is a Korean martial art with a heavy emphasis on kicks. Taekwondo was developed during the 1940s and 1950s by various Korean martial artists, as a combination of Shotokan karate and the indigenous traditions of taekkyeon, gwonbeop, and subak.
The oldest governing body for Taekwondo is the Korea Taekwondo Association (KTA) which was formed in 1959 by a collaborate effort by representatives from the nine original kwans, or martial arts schools, in Korea. The main international organizational bodies for Taekwondo today are the International Taekwon-Do Federation (ITF), founded by General Choi Hong Hi in 1966, and the World TaeKwonDo Federation (WTF), founded in 1973 by the KTA. Gyeorugi, a type of sparring, has been an Olympic event since 1992. The body known for Taekwondo in the Olympics is the World Taekwondo Federation.
During the Japanese occupation of Korea the practice of traditional Korean martial arts was prohibited. Beginning in 1946, shortly after the end of the occupation, new martial arts schools called kwans were opened in Seoul. These schools were established by Korean martial artists who had studied primarily in Okinawa, Japan, and China during the Japanese occupation. Accordingly, the martial arts practiced in the kwans were incorporated from taekkyeon and gwonbeop, which are traditional martial arts of Korea.
The umbrella term traditional taekwondo typically refers to the martial arts practiced by the kwans during the 1940s and 1950s, though in reality the term "taekwondo" had not yet been coined at that time, and indeed each kwan was practicing their own unique style of martial art. During this timeframe taekwondo was also adopted for use by the South Korean military, which only served to increase its popularity among civilian martial arts schools.
After witnessing a martial arts demonstration by the military in 1952, South Korean President Syngman Rhee urged that the martial arts styles of the kwans be merged. Beginning in 1955 the leaders of the kwans began discussing in earnest the possibility of creating a unified style of Korean martial art. The name Tae Soo Do was used to describe this notional unified style. This name consists of the hanja ? tae "to stomp, trample", ? su "hand" and ? do "way, discipline".
In 1957, Choi Hong Hi advocated the use of the name Tae Kwon Do, i.e. replacing su "hand" by ? kwon "fist", the term also used for "martial arts" in Chinese (pinyin quán). The new name was initially slow to catch on among the leaders of the kwans. In 1959 the Korea Taekwondo Association (KTA) was established to facilitate the unification of Korean martial arts. In 1966 Choi established the International Taekwon-Do Federation (ITF) as a separate governing body devoted to institutionalizing a unified style of taekwondo.
Cold War politics of the 1960s and 1970s complicated the adoption of ITF-style taekwondo as a unified style, how