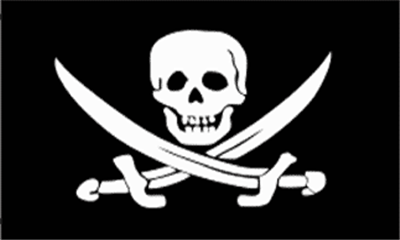 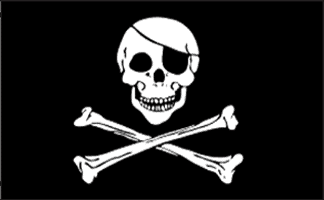 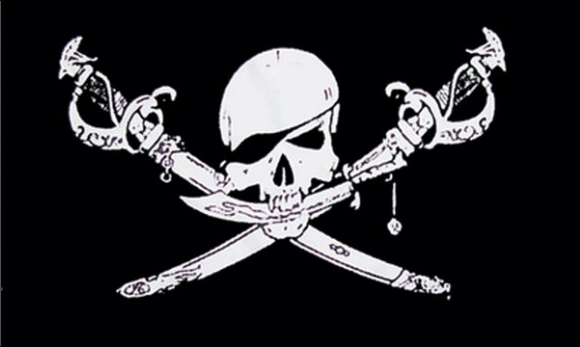 Bretheren of the Coast 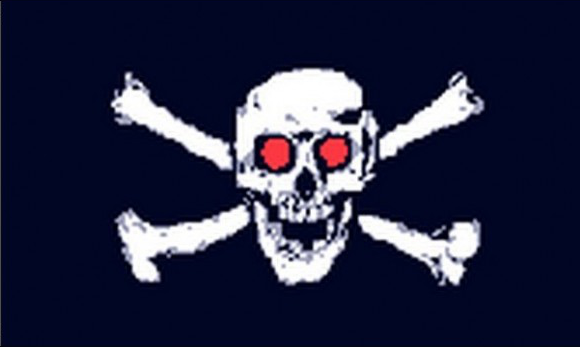 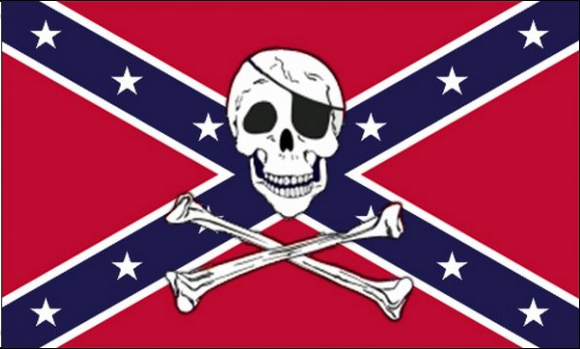 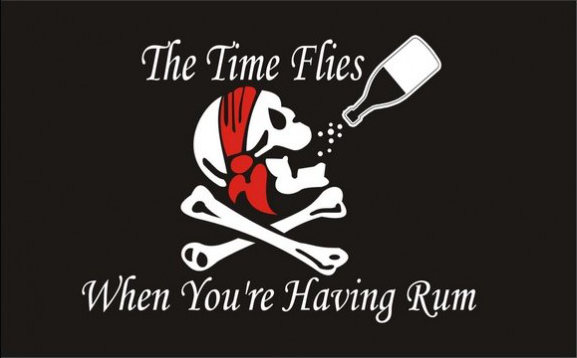 The Time Flies When You Are Having Rum

John Rackam (21 December 1682 – 18 November 1720), commonly known as Calico Jack, was an English pirate captain operating in the Bahamas during the early 18th century (Rackham is often spelled as Rackam or Rackum in historical documentation). His nickname was derived from the calico clothing he wore.

Active towards the end (1717–1720) of the "golden age of piracy" (1690–1730) Rackham is most remembered for two things: the design of his Jolly Roger flag, a skull with crossed swords, which contributed to the popularization of the design, and for having two female crew members (Mary Read and Rackham's lover Anne Bonny).

After deposing Charles Vane from his captaincy, Rackham cruised the Leeward Islands, Jamaica Channel and Windward Passage. He accepted a pardon some time in 1719 and moved to New Providence where he met and married Anne Bonny. When Rackham returned to piracy in 1720, by stealing a British sloop, she joined him. Their new crew included Mary Read, disguised as a man. After a short run he was captured by pirate hunter Jonathan Barnet in 1720, before being hanged in November of the same year in Spanish Town, Jamaica.
Little is known of Rackham's upbringing or early life, except for the fact that he was English and born in Jamaica around the year 1682. The first record of him is as quartermaster on Charles Vane's sloop Ranger in 1718. After robbing several ships outside of New York City, Vane and his crew encountered a large French man-o-war. The ship, which was at least twice as large as Vane's sloop, went after them. Vane, claiming caution as his reason, commanded a retreat from battle. Jack Rackham quickly spoke up and contested the decision, suggesting they fight the man-o-war, because it would have plenty of riches. Not only that, but if they captured it, he argued, it would place a much larger ship at their disposal. Of the approximately ninety men on the ship, only fifteen supported Vane in his decision. Despite the overwhelming support for Rackham's cry to fight, Vane declared that the captain's decision is considered final and they fled the man-o-war.

On November 24, 1718 Rackham called a vote in which the men branded Vane a coward and removed him from the captaincy, making Calico Jack the next captain. Rackham gave Vane, and fifteen supporters, the other sloop in the fleet, along with a decent supply of ammunition and goods.

Once gaining the captaincy Rackham made a career of plundering small vessels close to shore. He and his crew captured the Kingston, a small Jamaican vessel, and made it their flagship. They made several conquests in the West Indies, taking a couple of large ships off of Bermuda.

In 1719, Rackham sailed into Nassau in the Bahamas to take advantage of a general amnesty for pirates, in hopes of obtaining a royal pardon and commission from Governor Woodes Rogers.