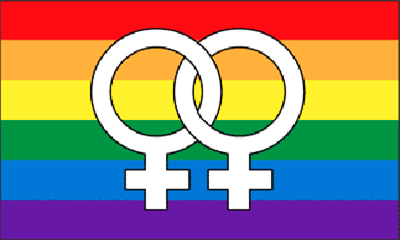 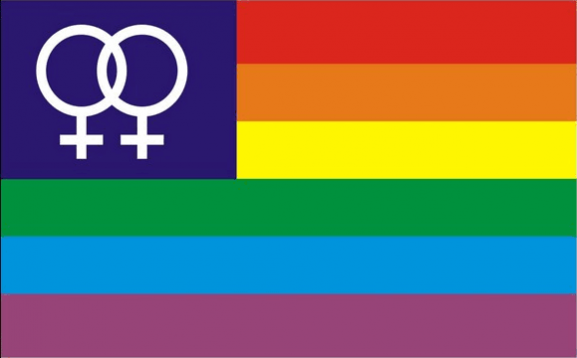 The term lipstick lesbian was used in San Francisco at least as far back as the 1980s. In 1982, Priscilla Rhoades, a journalist with the gay newspaper The Sentinel, wrote a feature story on "Lesbians for Lipstick". In 1990, the gay newspaper OutWeek covered the Lesbian Ladies Society, a Washington, D.C.–based social group of "feminine lesbians" that required women to wear a dress or skirt to its functions. The term is thought to have emerged in wide usage during the early 1990s. A 1997 episode of the television show Ellen widely publicized the phrase. In the show, Ellen DeGeneres's character, asked by her parents whether a certain woman is a "dipstick lesbian", explains that the term is lipstick lesbian, and comments that "I would be a chapstick lesbian." An alternate term for lipstick lesbian is doily dyke.
Some authors have commented that the term lipstick lesbian is commonly used broadly to refer feminine bisexual women or to heterosexual women who temporarily show romantic or sexual interest in other women to impress men; for example, Jodie Brian, in the 2009 Encyclopedia of Gender and Society, Volume 1, states, "A common depiction of lipstick lesbianism includes conventionally attractive and sexually insatiable women who desire one another but only insofar as their desire is a performance for male onlookers or a precursor to sex with men." In Intersectionality, Sexuality and Psychological Therapies, the term lipstick lesbian is defined as "a lesbian/bisexual woman who exhibits 'feminine' attributes such as wearing makeup, dresses and high heeled shoes"; the book adds that "more recent iterations of feminine forms of lesbianism such as 'femme' (e.g. wears dresses/skirts or form-fitting jeans, low cut tops, makeup jewellery), or 'lipstick lesbian' [...], are an attempt to define as both lesbian and feminine." Author M Galupo Paz stated, "Young women exposed to mainstream media outlets are seeing expressions of the same-sex desire between women much more frequently than ever before. However, mainstream images of same-sex desire between women are very specific, meaning they are often of hyper-feminine women ('lipstick lesbians')."
Reference: https://en.wikipedia.org/wiki/Lipstick_lesbian