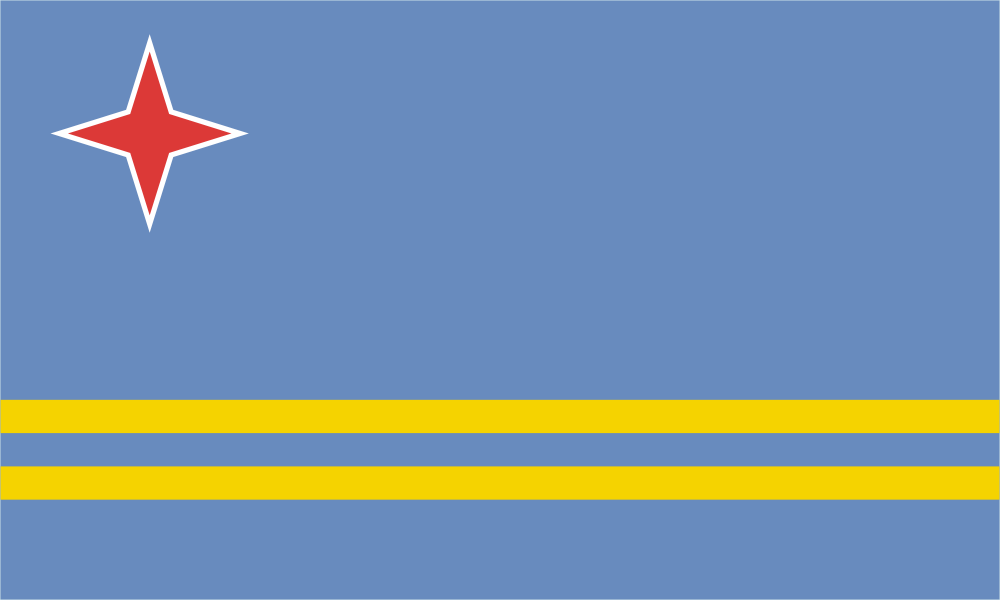 The Netherlands Antilles, also referred to informally as the Dutch Antilles, was an autonomous Caribbean country within the Kingdom of the Netherlands, consisting of two groups of islands in the Lesser Antilles: Aruba, Bonaire and Curaçao (ABC Islands), in Leeward Antilles just off the Venezuelan coast; and Sint Eustatius, Saba and Sint Maarten (SSS Islands), in the Leeward Islands southeast of the Virgin Islands.

Aruba seceded in 1986 as a separate country within the Kingdom of the Netherlands, and the rest of the Netherlands Antilles was dissolved on 10 October 2010, resulting in two new constituent countries, Curaçao and Sint Maarten, with the other islands joining the Netherlands as "special municipalities", officially public bodies.

white, with a horizontal blue stripe in the center superimposed on a vertical red band, also centered; five white, five-pointed stars are arranged in an oval pattern in the center of the blue band; the five stars represent the five main islands of Bonaire, Curacao, Saba, Sint Eustatius, and Sint Maarten

Willemstad; note - located on Curacao, the largest of the islands